For justice I crossed seas and lands;
A voyage to the land of modern slavery;
Armed with nothing but these hands;
And a mountain of bravery;
I went to the forgotten parts;
In an age so rotten;
Where justice is a farce;
And the oppressed are forgotten;
I heard houses will be floored
And farms will soon turn to ruins;
Not for what they have done or stored;
But for someone else’s doings;
Comes the time and I stood my ground;
My faith will hold this position;
I am a fort that they can’t go around;
To carry on this cursed demolition;
The iron clamp approaches;
Everything is fleeing in fear;
Afar stood men, women and roaches;
Watching me standing here;
The world’s conscious I confronted;
And I stood against a war crime;
I was killed for I only wanted;
To buy humanity some time;
In Gaza I made my last stand and that was my story;
My legacy will forever live on and my name is Rachel Corrie.
©FAT 2017

Poverty is never the true problem;
Nor Are illiteracy and immigrations;
It’s who benefit from not solving them;
The powerful in our broken nations.

The police are militarized;
And live long the minimum wage abuse;
Boarder walls and fences are on the rise;
And nationalism is the main excuse.

Fear of the unknown is at its best;
And the agendas are always hidden;
We are taught we are unlike the rest;
Based on nationality, race and religion.

Our Children became as cattle;
Prepped not to live but to survive;
Nourished to fight a daily battle;
For the rich men to thrive.

Decades of subdue;
Are never meant to last;
There’ll be those who’ll do;
What have been done in the past.

Then the plagued will come to rise;
As power only corrupt;
A cycle that will only dies;
When earth’s core erupt.

We are blessed with the will;
And every chain can be broken;
But none listened and none will-
Listen to wise words when spoken.
©FAT 2016

Another day another morn;
At this refugee camp;
The sun is not yet born;
And the floor is damp.

The tent’s walls are dug deep;
For when the sky does pour;
Whilst at all corners I sleep;
Mother sleeps at the rags made door.

I shouldn’t wake her up;
She is smiling while dreaming;
But the queues will soon fill up;
I guess I should be leaving.
I I’ll go bring some water; it’s only a mile;
So when she wakes up, she’ll have a greater smile.

Others won’t compromise I must hurry;
For I might have to rest or stop;
Not too much I can carry;
So, two jars will do the job.

Now my steps can’t compete;
With those of the elders, sigh;
Last to the well but at least;
Some are letting me pass them by.

After two hours in the sun;
My jars are full hurray;
I should carry only one;
And drag the other one I say;
I haven’t gotten far and it seems like years;
Replacing each drop I spill by salty tears.
©FAT 2016 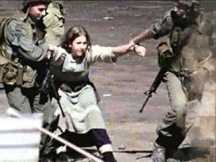 I am but an open wound
I’ve been cursed and doomed
My children were abandoned
Forgotten, and in darkness stranded

In my streets children are prosecuted
Judged by the enemy, and on scene executed
Few bullets then left to bleed to death
While they stand to watch his parting breath

He was out in the open standing not too far-
From soldiers that hid, inside an armored car
He was armed with small rocks
They had Teflon on, machine guns and glocks

He lay there, in a blood soaked jersey
He left his hand up, but wasn’t begging for mercy
Another innocent victim, of decades of abuse
A tragedy that hardly ever make the news

And while the whole world is in toil
Lost in a fight over gold, power and oil
They say “we are here to help’ but not one man
Mentions how or why my strife began

I didn’t seek to change my dictator
Or wanted to install a traitor
Nor wanted to cleanse the minority
As a colony “survival”, was my main priority

Freedom soon, that’s what I was told
But behind the scene I was being cruelly sold
The new League of Nations gladly signed the deal
Balfour pact signatures and the Sykes-picot seal

My allies my cousins
Some died playing dozens

Over years diplomacy couldn’t get me through
There was the Veto, the imperialists and the Zionists too
And those clans that claims to fight in my name
Turned to fight each other for wealth and fame

All sides will lie, as they have always lied
They’ll lay more stabs, in the back of martyrs
Who lived, sacrificed, bled and died
Fighting only for, the freedom chapter
©FAT 2015

images credit to google images and their legal owners

Finally, what was forever thought is said
Discrimination horn is blown
Humanity is reduced to shred
And true colors are shown

What happened to the freedom of religion?
The west have screamed for ages
A vision that was only written
In some torn out pages

The freedom that was preached and taught
The human rights, which was once fought for
To bended knees, have now been brought
And soon will lay dead on the floor

Denounce or go back to fate
Abandon your faith for shelter
And soon in a future date
They’ll go back to color, race and gender

Selective humanity in power
But that’s how it always been
The wrong faith, race and color
Is considered a sin

And to show some love

A fair argument for those in need
Those that had nothing to pack
But fear, hope and their blossoming seeds
After taming the mountain and seas
They were told “go back”

“Formal flags or different banners
Different countries and militia’s names
Same goals, different killing manners
In the end. They are all the same”

To the Germans, the Icelanders
Austrians and the people of Sweden
Your kindness to the outlanders
Have turned their exile, into the Garden of Eden

Many diseases with no remedies
And the ukrain-russia crisis
Three millions Syrian refugees
Iranian militias, Hezbollah and ISIS

To our tragedy and misery
Your concerns are mere insults
Empty words that will be history
And can never achieve results
Finally, who can blame you?
When you are exactly doing
What you are paid to do

O Year two thousand and fifteen
What will you bring?
Horrors that I’ve foreseen
Or just a peaceful beautiful spring

The oil prices have dropped
To starve the mighty west, and the wounded east
A game that can’t be stopped
But will enrage the hungry beast

Use all the weapons you got
We will fight on your account
We will sell you more weapons, but
Without discount

The oldest crown will remain
The eagle will pluck its feathers
The Bear will not sleep again
The poor will come together
From the shadow the dark lords, will maintain the power
In one hand a dagger in the other a flower

What I loudly preach
Their wealth is mine by God
And between what they can reach
Lays massacres, wars and blood

Revolution on top of revolutions
That I have seen decay
Summits, Panels and solutions
But the veto voted nay

Their money I spent wisely
I have given them life
So exciting and lively
Bombs, golden chains and strife

Who would I fool?
What would I cherish?
Who would I rule?
When they all die and perish